Performing Arts a thriving department which is committed to an active learning environment with a holistic approach based on the development of students as individuals. Throughout their time at the academy students are encouraged to be inquisitive and develop their performance skills within lessons and also extra-curricular activities, resulting in exceptional class work and first-rate productions.

Performing Arts staff are dedicated, passionate and committed to helping all students to achieve, enabling them to aim for excellence and have pride in their work. 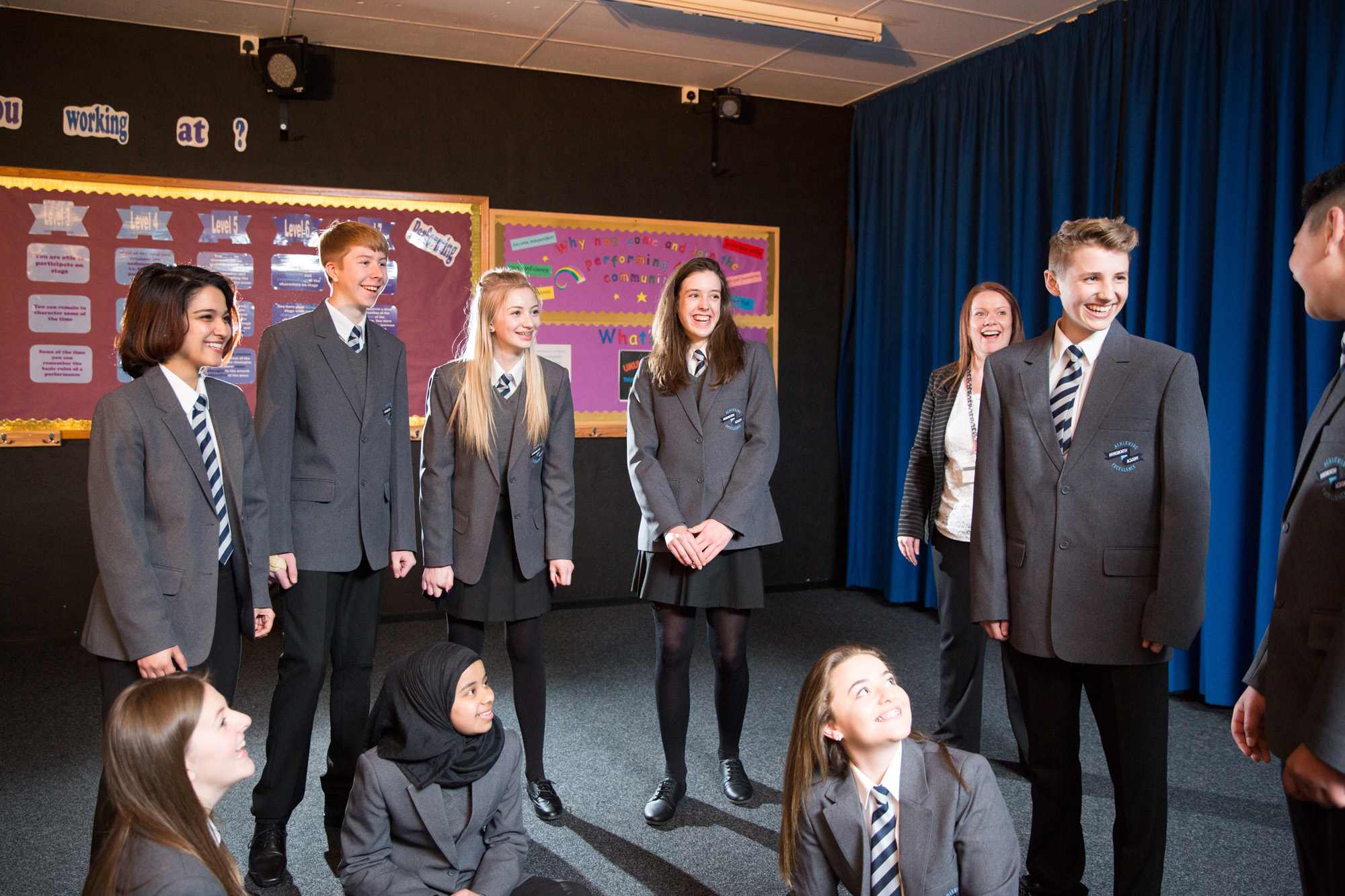 The drama curriculum aims to engage and inspire pupils to develop a love of drama and theatre and their talent as actors, and so increase their self-confidence, creativity and sense of achievement. We aim to provide a solid understanding of the principles of drama including performance, devising and analysis. Development of these key skills will allow students to produce a range of outcomes according to the abilities, needs and aspirations of students. These include success in formal qualifications, if chosen, at the end of KS4 and KS5 but also supports the development of transferable skills such as resilience, teamwork and confidence.

The curriculum is broad to cover a range of devising, performance and analytical skills allowing students to develop the necessary skills to become an actor in their own right but also succeed in the academic aspects of drama.  We ensure that all students perform, review and evaluate drama across a range of historical periods and genres. Students learn to use their skills to devise pieces on their own and with others. Students will also understand, explore and perform a variety of scripts from differing genres and historical periods and explore how these are created, produced and performed.

Areas of study include:

Areas of study include:

Achieving Excellence is the overriding ambition of the LEAP Multi Academy Trust. We place students at the centre of everything we do, creating a culture of success and a love of learning which enhances students’ achievement and their personal, social and emotional development.